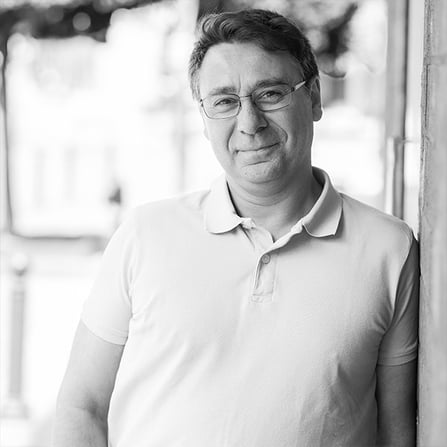 Jean-Marie ZODA, 4G Clinical Senior DevOps Engineer has 30 years of experience working with computer software. He started with a passion for coding in assembly language for the “demo scene” – a kind of creative coding. Jean-Marie continued professionally by analyzing the electrical network in real time on DSP and participated in the development of a DigiPass (a solution for electronic banking) and its emulator. He worked on a voice recorder and a radio controlled by voice, based on a voice recognition system. Most notably, Jean-Marie has 20 years of experience in the Media industry as a Web App Manager, Coder, DevOps, Senior IT for a pay-TV own by a cable company, belonging to a group estimated at several billion €. During his free time, he developed a media transcoding solution on the cloud based on Python, Flask, Infrastructure as Code on GCP, CI/CD, Docker and Kubernetes.