Everywhere we look we see technology making the impossible, possible. This holds true for the Pharmaceutical Industry as well. Despite its traditionally conservative and risk-averse nature, adopting modern technology is becoming inevitable for companies hoping to keep up with the rising complexity of clinical trials.

Within clinical research, significant improvements in speed, flexibility and simplicity could mean getting medicines to those who need them that much faster. That is why using a modern technology stack is so important.

What is a modern technology stack?

Simply put, a modern technology stack is a fully cloud-based infrastructure for which a software can be built, hosted and deployed that brings unparalleled speed, quality, security and usability for the front and end-user.

Access to the latest features frequently, without disruption. Software vendors, if they use Agile Development as well, can release new versions quickly. With blue/green deployment and microservices, your vendor can deliver many, smaller improvements on a regular basis to keep your RTSM at the cutting-edge while maintaining maximum uptime.

Microservices are able to de-couple certain features from the application as a whole so that updating them does not require revalidation of your entire RTSM system.

Since changes on the cloud are controlled and documented, it enables full traceability for your infrastructure and code.

Amazon Web Services (AWS) built their cloud offering with security in mind. Between regional data centers, containers, and the intrinsic nature of the cloud, you have perfect copies of the whole picture that only the right people can access. Since AWS is being leveraged for storage, capacity at scale will never be an issue.

In the world of RTSM technology, modern stacks are most beneficial when coupled with modern software development practices such as Agile. An Agile process would include continuous integration, so every time the developers build new features, tests are run to ensure the new feature does not disrupt what was already written. If any flaws are detected, they are fixed before the feature is added.

The bottom line is technology is evolving quickly. In order to not be left behind, it is important to be on the latest applications within a modern stack. A good RTSM vendor provides the sponsor with the option to utilize the most exciting new features. Using a modern stack for your RTSM ensures your system is able to run on the latest applications and infrastructure, is regularly scanned for vulnerabilities and most importantly provides added security that everything continues to function as intended, without disruption.

To learn more about modern technology download our white paper: 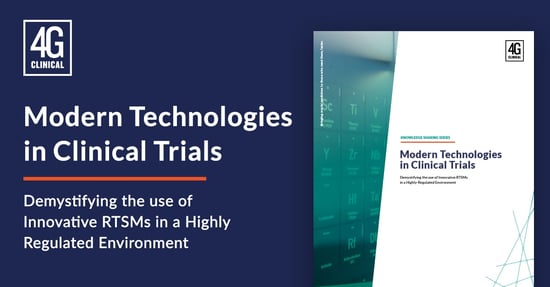